J. David Tax Law receives this question weekly in our no-cost consultations: Does the IRS or State tax agencies really pursue criminal charges and put people in jail for tax crimes? The answer is unequivocally, YES. The good news is that in our estimation in 2021 alone our experienced criminal tax attorneys kept 81 clients from doing jail time for tax evasion, tax fraud, and failure to pay sales tax.

In 2021 the IRS prosecuted thousands of criminal tax cases with a 91% conviction rate. IRS Criminal Investigation (CI) serves the American public by investigating potential criminal violations of the Internal Revenue Code and related financial crimes in a manner that fosters confidence in the tax system and compliance with the law.

Some criminal tax cases come out of plain old civil audits, and that fact alone is frightening. If an IRS auditor discovers something suspicious in a civil audit, the auditor can notify the IRS’s Criminal Investigation Division. Notably, the IRS is not obligated to tell you that this criminal referral is occurring. In fact, normally, the civil auditors will suspend the audit without explanation. You might be pleased, thinking that the audit is over, or at least mercifully stalled so that it might not ever resume. Meanwhile, the IRS can be quietly building a criminal case against you, one of the ways an IRS audit can become a criminal investigation.

9. Rochester man going to prison and ordered to pay millions in restitution for his role in Ponzi scheme that bilked investors out of millions of dollars. John Piccarreto Jr. was sentenced to 84 months in federal prison and ordered to pay restitution totaling $19,842,613.66 after he was convicted of conspiracy to commit mail fraud and filing a false tax return. He conspired with others to obtain money through an investment fraud Ponzi scheme.

8. Orlando sisters sentenced in $25 million tax fraud scheme. Petra Gomez and her co-conspirator, her sister, Jakeline Lumucso, were sentenced to eight and four years in federal prison, respectively. They operated a tax preparation business with five locations in central Florida that filed more than 16,000 false tax returns for clients from 2012 to 2016 with a total estimated loss to the IRS of $25 million.

7. Russian bank founder sentenced for evading exit tax upon renouncing U.S. citizenship. Oleg Tinkov, aka Oleg Tinkoff, was ordered to pay more than $248 million in taxes and sentenced to time-served and one year of supervised release after he renounced his U.S. citizenship in an effort to conceal large stock gains that were reportable to the IRS after the company he founded became a multibillion dollar, publicly traded company.

6. Ontario man who ran multimillion-dollar unlicensed bitcoin exchange business sentenced to 3 years in federal prison. Hugo Sergio Mejia was sentenced to three years in federal prison and required to forfeit all assets derived from running an unlicensed business that exchanged at least $13 million in Bitcoin and cash, and vice versa, often for drug traffickers. He charged commissions for the transactions and established separate companies to mask his true activity.

5. Owner of bitcoin exchange sentenced to prison for money laundering. Rossen G. Iossifov, a Bulgarian national, was sentenced to 121 months in federal prison for participating in a scheme where popular online auction and sales websites — such as Craigslist and eBay — falsely advertised high-cost goods (typically vehicles) that did not actually exist. Once victims sent payment for the goods, the conspiracy engaged in a complicated money laundering scheme where U.S.-based associates would accept victim funds, convert these funds to cryptocurrency, and transfer the cryptocurrency to foreign-based money launderers.

4. Ex-pastor of Orange County church sentenced to 14 years in federal prison for orchestrating $33 million con that defrauded investors. Kent R.E. Whitney, the ex-pastor of the Church of the Health Self, was sentenced to 14 years in federal prison and ordered to pay $22.66 million in restitution to victims after defrauding investors of $33 million by orchestrating a church-based investment scam. At his direction, church representatives appeared on television and at live seminars to make false and misleading claims to lure investors to invest in church entities. Victims sent more than $33 million to the church and received fabricated monthly statements reassuring them that their funds had been invested, when in reality, little to no money ever was.

3. Prairie Village Man Sentenced to 12 Years for $7.3 Million Dollar Payday Loan Fraud, $8 Million Tax Evasion. Joel Tucker was sentenced to 12 years and six months in federal prison and ordered to pay over $8 million in restitution to the IRS after selling false information or fictitious debts to payday loan businesses and not filing federal tax returns – for himself or his businesses – with the IRS for multiple years.

2. DC Solar owner sentenced to 30 years in prison for billion dollar Ponzi scheme. Jeff Carpoff, the owner of California-based DC Solar, was sentenced to 30 years in federal prison and forfeited $120 million in assets to the U.S. government for victim restitution after creating a Ponzi-scheme that involved the sale of thousands of manufactured mobile solar generator units (MSGs) that didn’t exist. He committed account and lease revenue fraud and purchased a sports team, luxury vehicles, real estate and a NASCAR team with the proceeds.

1. San Fernando Valley family members sentenced to years in prison for fraudulently obtaining tens of millions of dollars in COVID relief. The Ayvazyan family received sentences ranging from 17.5 years in prison to 10 months of probation for crimes ranging from bank and wire fraud to aggravated identity theft. The family used stolen and fictitious identities to submit 150 fraudulent applications for COVID-relief funds, based on phony payroll records and tax documents, to the Small Business Administration and then used the funds they received to purchase luxury homes, gold coins, jewelry, designer handbags and more. Richard Ayvazyan and his wife Terabelian cut their ankle monitoring devices and absconded prior to their sentencing hearing; they are currently fugitives.

Our Criminal Tax Attorneys & Tax Fraud Lawyers Can Help You

If you are under threat of being investigated by the IRS or a State for criminal tax behaviors contact J. David Tax Law today for a no-cost consultation and DO NOT give a statement of any kind without proper representation. 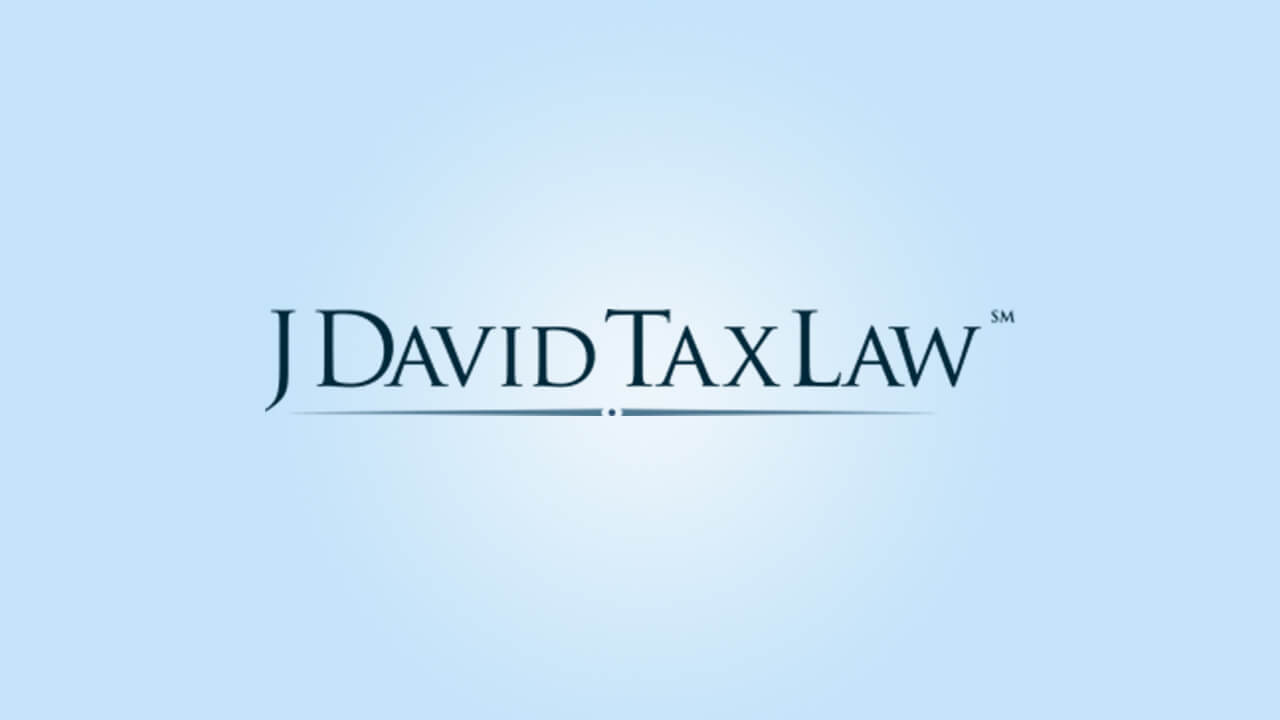 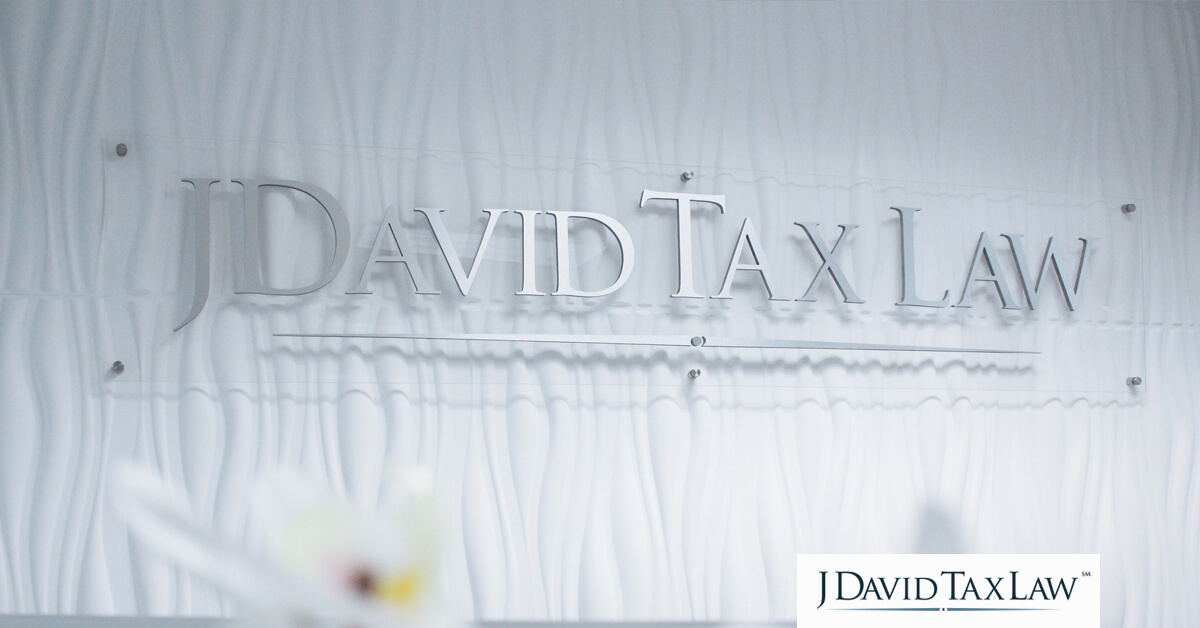 How We Compare to Tax Relief Companies 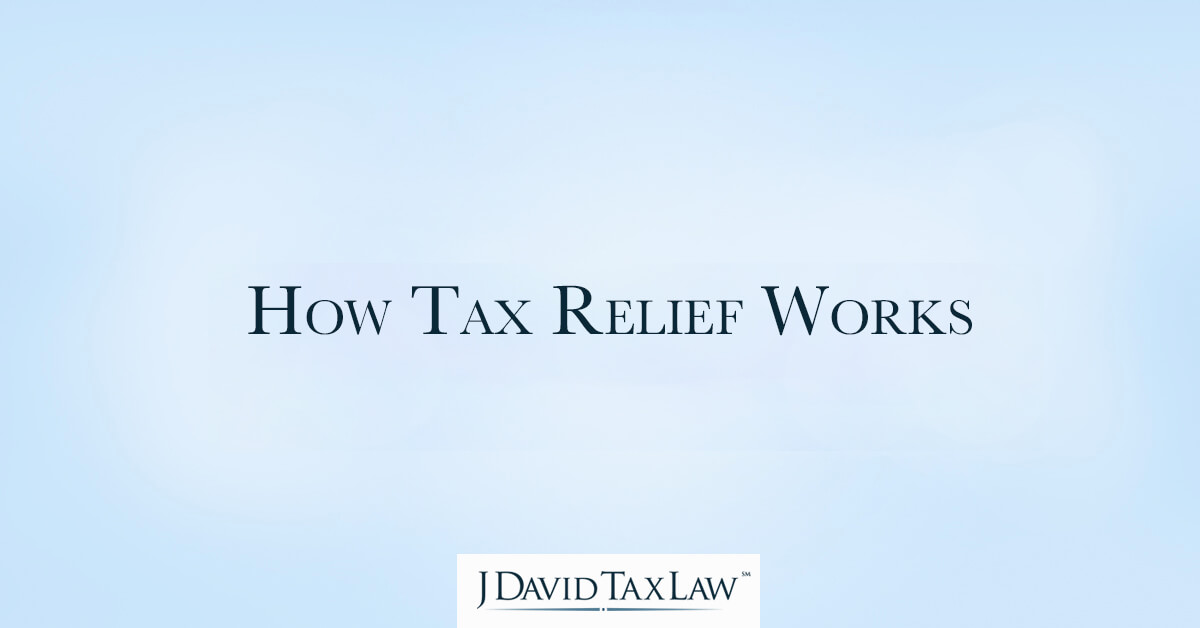 J. DAVID TAX LAW® and PEACE OF MIND IS ONLY A CLICK OR PHONE CALL AWAY® are proprietary marks exclusively owned by J. DAVID TAX LAW, LLC. Unauthorized use is strictly prohibited.